If you are a regular reader of the GDPRbuzz, you probably already have a high level understanding of the EU General Data Protection Regulation, otherwise known as the “GDPR”.

The development of the digital era has forced us to rethink the framework that is applicable to personal data.
– French Minister of Justice, Nicole Belloubet, 13th December 2017

As you may be aware, the Member States are slowly but surely debating implementing legislation in order to transpose the GDPR into national law, in accordance with their own procedural requirements. France is no exception. As such, on 13th December 2017, Nicole Belloubet, the Minister of Justice presented the bill which sets out how France shall implement the provisions of the GDPR into existing French Data Protection Law to the French Council of Ministers.

There is no doubt that the French government and legislature take data protection seriously, and this is in line with the general thinking of the French population. According to a recent study by the Consumer Science & Analytics Institute from September 2017, 85%of French people are concerned about the protection of their personal data in general, which has increased by 4% since 2014. More than 90% of French people questioned were concerned about personal data on the internet which has increased 5% since 2014. It is therefore unsurprising that the bill refers to these statistics in the preamble.

Whilst France has an obligation as a Member State to implement the GDPR, as we have seen above, Data Protection, Privacy and Personal Data are genuine preoccupations of the French government and public, and have been for many years.

France considers itself a pioneer in the sphere of data protection and was one of the first Member States to implement specialised data protection legislation (back in 1978 and updated again in 2004) and create a supervisory authority to ensure such laws were respected (CNIL), including the creation of a Personal Data Correspondent (in French, correspondant informatique et libertes or “CIL”) (having a similar role to the DPO under the GDPR).

By developing the activities of the CNIL over the years to include certification and encouraging the promotion of new technologies to protect the right to a private life, the implementation of the GDPR in France is perhaps (arguably) less dramatic than in other Member States – indeed France?s attitude to data protection and the fundamental right to a private life means that France has long permitted companies and other economic actors in France to develop and increase their commercial activities whilst protecting individual freedoms. Indeed, many -French concepts in data protection law are now echoed in the GDPR.

Article 24 of the bill envisages that it will enter into force in France on 25th May 2018 in accordance with the deadline set out in the GDPR.

Overview of the Key Articles in the French GDPR Bill

Whilst the bill does deal with the key points raised in the GDPR, a communication from the CNIL nonetheless highlighted some criticisms in the draft text, such as:

So what does this mean in a practical sense?

There is nothing particularly surprising or shocking in the bill – even if the general application of the GDPR means that companies processing personal data in France will need to review their existing processes, practices, security measures and policies before the implementation date.

Whilst this legislation is a bill, and so is very much in draft form and subject to change, there are nonetheless a few pointers to be particularly aware of when operating in France and dealing with data protection that you can already start to anticipate, such as:

This note is for guidance and information purposes only and does not constitute definitive legal advice. 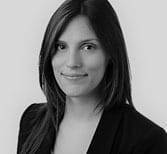 Charlotte Gerrish is the founding lawyer of Gerrish Legal and has over 10 years of legal experience working in international law firms and companies in London, Paris, Brussels and Luxembourg. She has specific expertise in Contract and Commercial Law with a focus on new technologies and data protection. Most recently, Charlotte Gerrish held the position of Senior Legal Counsel at a global consultancy and management company and has also been appointed as a Tutor specialising in International Corporate Compliance on the LL.M in International Commercial Law at the University of Edinburgh, including tutoring specifically on GDPR, privacy and data protection issues.

Paper on encryption workarounds and human rights What changes GDPR will bring?